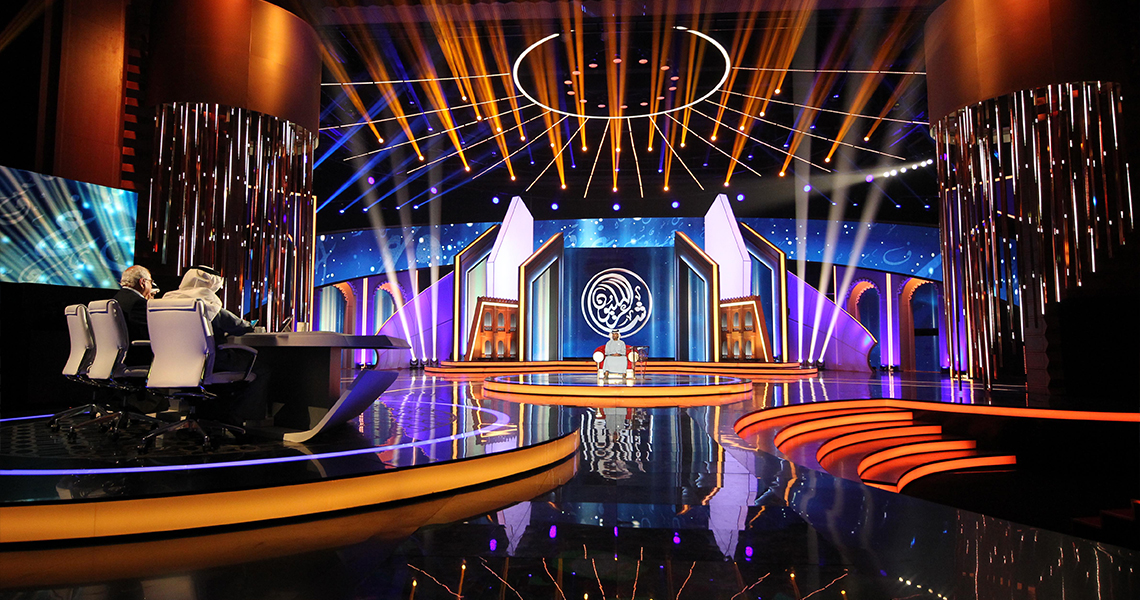 Since February 2014, over 100 million viewers across the world have turned on their televisions to watch a special talent show based in Abu Dhabi, UAE. It’s not rock stars or would-be models they’re watching — it’s poets!

Aired on the UAE television network Abu Dhabi TV,  ‘Million’s Poet‘ is a reality TV show that is revolutionizing a traditional art form for the modern era. The show revitalizes Nabati poetry for a young Arab generation and reconnects them with a heritage that stretches back more than five centuries.

Due to the absolute demand of lighting equipment from studio-based TV projects by React MENA, an Abu Dhabi-based production company, Vision Pro Lighting was selected to provide around 200 moving heads and 100 theatrical lights. These professional lighting equipment are currently being used in React MENA’s ongoing TV program, Million’s Poet.

“At React MENA, we have many upcoming and ongoing TV projects based in studios for which lighting equipment is an absolute necessity,” said Joe Badr, Managing Director at React MENA, in a press statement. “In the past we faced challenges in renting where the vendors would provide gear which is old, and also, we would end up paying more for renting the equipment for our projects. Acquiring these stocks has helped us overcome this challenge and makes it convenient for us to re-rent it within our events department for various other projects.”

Evolving super codified decor, Vision’s lights were installed to dramatically reflect the cultural aesthetic of the show with the ability to shift the moods when the audience votes, and the tension is mounting in the theatre.

Joe Saad, Million’s Poet’s light and set designer, commented about the show setup, “We had to give each set of the participants their own identity when they recite the poems. It boils down to an emotional facet and the lighting plays an important role as a theatrical element. Also, the stage is a classical set, which means it is fixed with limited creativity and we can’t change it once the set is ready, so integrating beams and moving heads can be a challenge, but we managed to embellish a unique identity to the show with the equipment supplied by Vision, among others.”

Watch an episode of this captivating reality show here:

Million’s Poet seeks to preserve and promote the heritage of Nabati poetry in the Arab region and promotes it to be at the forefront of Arab literature. The ongoing show continues to compete the most talented in Arabic poetry, with prizes for the top five poets ranging from AED 1 to 5 million. 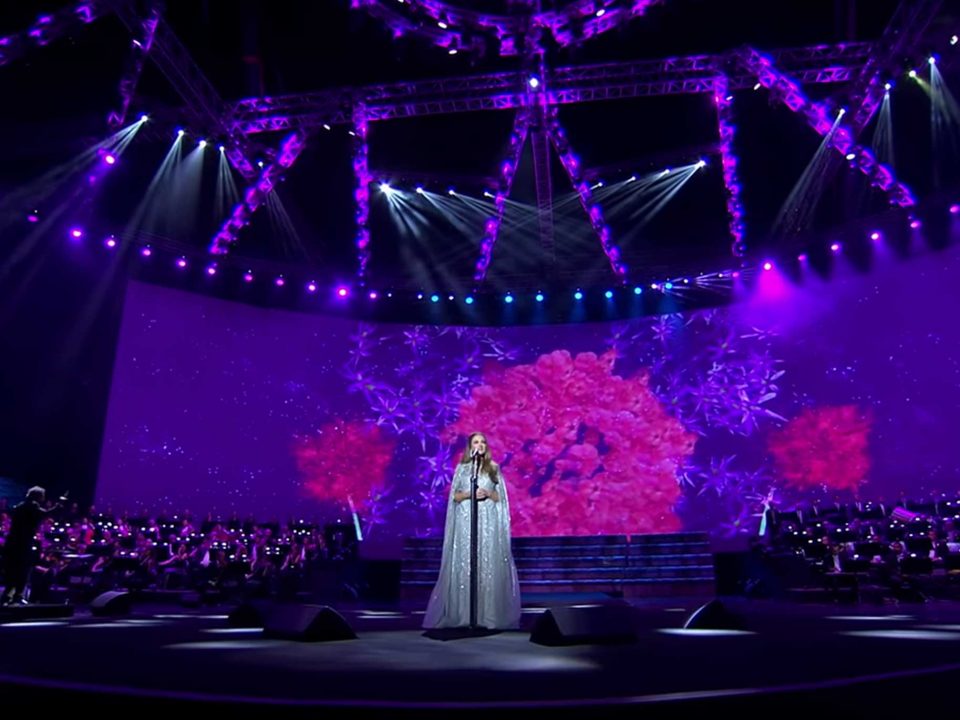